Acne and its psychological impacts

PCOS pain caused Kelly Ripa to pass out during sex 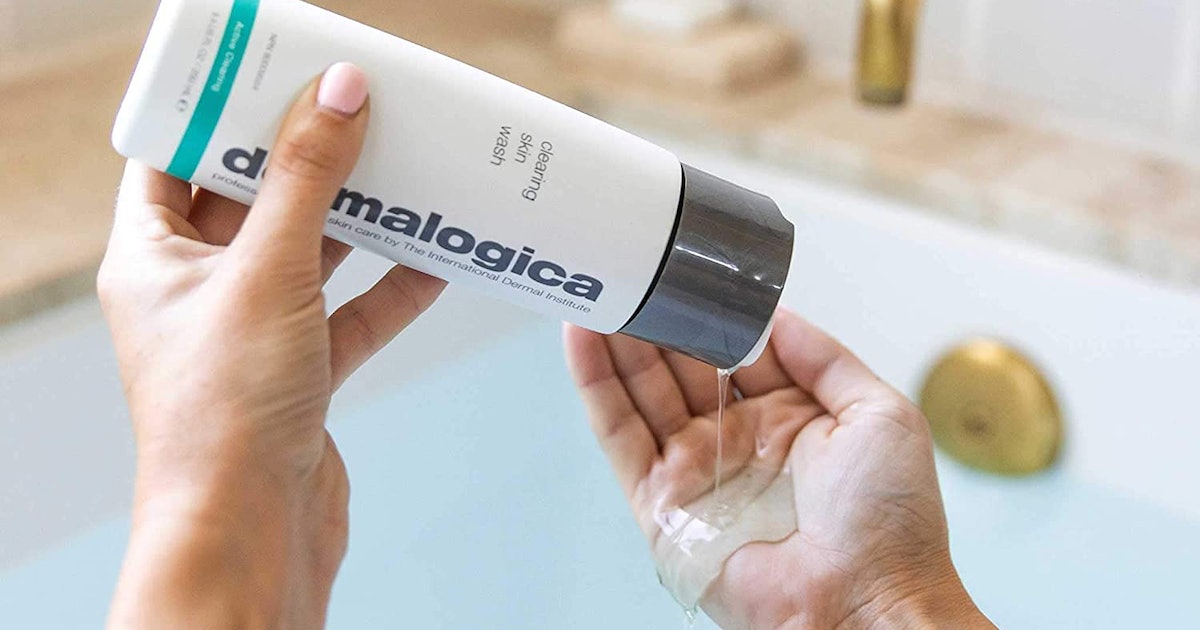 The 5 Best Face Washes for Blackheads

It is important to take concerns about acne seriously when they come from the patient or their parents and to consider a referral to psychiatry for those identified as being at high risk for mental illness and suicide.

ACNE is a common condition that mainly affects teenagers and young adults, and up to 80% of people between the ages of 18 and 25 suffer from it (here and here). It is one of the most important stages of life, where identity is formed and social relationships are created. Therefore, prompt treatment of the disease must take place before it causes permanent negative psychological and physical effects.

Acne scarring prolongs its detrimental effect on emotional and social well-being. In addition, acne and its scars can lead to economic difficulties and career difficulties (here and here). All patients with acne can suffer from psychological distress because clinical severity does not always correlate with the distress caused by it. Although acne is not a fatal disease, it is not trivial. Treating acne improves patient well-being and the therapeutic relationship. Systemic acne treatment is the most effective treatment for severe acne and has been shown to improve quality of life and reduce depression and anxiety.

The impact of media on body image

In the modern era, people are increasingly concerned about their physical appearance, especially having fair skin. Ideas around body image have changed dramatically to become unrealistic and harmful with the use of social media, especially for young adults. Patients face the physical changes of puberty and the social challenges of adolescence when they are least equipped to deal with stressors. Acne is one of those physical changes often obsessed with by people and their peers. This can lead to feelings of embarrassment, disgust, and shame, leading to poor self-esteem that can carry over into adulthood (here and here).

Social media has an additional consequence as there is often misinformation on the platform. This results in a prolonged period of time when patients do not seek help from a medical professional, delaying proper treatment. A study of 130 acne sufferers who consulted a medical professional showed that only 31% of people were previously using treatments that meet national (US) guidelines.

Healthcare practitioners should learn about previous acne treatments, including dietary changes, supplements, and cosmetics, in order to educate patients about evidence-based treatments. Social media can also amplify judgment and criticism from peers, as it is a platform for people to comment harshly on the appearance of others.

The psychological impact of acne

In New Zealand, a study of 9,567 college students aged 12 to 18 showed that acne was associated with an increased likelihood of suffering from depression and anxiety (odds ratio [OR], 2.04 and 1.83 respectively). This study also found an increased incidence of suicide attempts (OR, 1.50) among college students with acne. It is important to take concerns about acne seriously when they come from the patient or their parents and to consider a referral to psychiatry for those identified as being at high risk for mental illness and suicide.

Another problem that acne sufferers face is bullying. A qualitative study, conducted in Australia, interviewed patients with acne, psoriasis and atopic dermatitis and investigated themes related to facial stigma and bullying. The most prominent theme was that teasing was malicious, which made people with acne feel embarrassed, humiliated and socially excluded. This is not limited to school-aged people, as bullying occurs at all stages of life.

Acne scars also cause significant anxiety and concern for patients. Scars can include hypopigmentation, hyperpigmentation, atrophic and hypertrophic scars. These can persist for weeks or be permanent. Scars tend to be worse in Asian and dark-skinned patients, as they are at higher risk for keloid scars and pigmentation issues. Even after acne has been successfully treated, many patients retain disfiguring scars. Treating acne scars is notoriously difficult and flawed. Treatments, such as dermabrasion and fractional carbon dioxide laser, are also expensive. Scarring can cause issues with self-acceptance and make people unattractive, self-conscious and embarrassed.

Clinicians often focus on the clinical severity of acne; for example, assessing the severity of acne using the Leeds Acne Grading Method. However, the patient’s perception of the disease is more important than the clinical parameters. Assessing the impact of acne on a patient’s quality of life provides insight into the psychological impact, detects when psychological support is needed, and can track the effectiveness of treatment. A tool such as the Dermatology Quality of Life Index is a standardized and validated tool that also has a strong correlation with treatment response. Social functioning is typically affected by acne, as many patients avoid activities where they expose skin. A study of 143 people who viewed images of people with and without acne found that people with acne were viewed as younger, less mature and unattractive. The study concluded that people with acne were viewed negatively and subsequently disadvantaged in social situations.

The economic impact of acne

An unfortunate consequence of acne is people’s judgment and unconscious biases that people have (here and here). Besides the social effect, there are also economic consequences. Patients could be discriminated against because of their facial stigma during a job interview.

A 2012 study assessed the hiring intentions of 171 people faced with facially stigmatized applicants compared to those with fair skin. He found that people with facial stigma were disadvantaged despite having equal qualifications. The interviewer’s eyes were drawn to the affected areas of the applicant’s face and they recalled less information from the interview. These findings were replicated in a 2020 study. These studies show that people with acne face discrimination in the hiring process, which adds financial pressure to the emotional distress acne can cause.

Employment sectors such as the defense forces have regulations regarding the drugs that employees can use. For example, the Navy does not allow people to work on board if they use isotretinoin due to mental health issues. This hampers work opportunities for people with severe acne, as they have to prioritize their health or finances.

There are many treatments for acne and the appropriate medication should be determined by considering the severity and previous treatments. Topical treatments such as salicylic acid, benzoyl peroxide, antibiotics and retinoids are recommended for mild to moderate acne (here and here). For moderate to severe acne, systemic treatments may be necessary. Women can use hormonal treatments, including the oral contraceptive pill. Oral antibiotics are also effective, including tetracyclines and macrolides. For all of the treatments mentioned, providing an adequate treatment time and promoting drug compliance are essential to achieve before intensifying the treatment. Patient preferences, adverse events and side effects should also be considered. For instance, long-term use of doxycycline causes sun sensitivity patients unable to maintain sun protection measures should therefore not use it.

For severe cystic acne, isotretinoin is the only effective treatment but its use is highly regulated due to its teratogenic effect.

A meta-analysis on the use of isotretinoin to treat acne and its relationship to depression found that there was no significant difference between the course of depression in patients using isotretinoin and those using other treatments (standardized mean difference [SMD], –0.334; 95% CI, -0.68 to 0.011). There was a significant decrease in depression in both treatment groups (SMD, -0.335; 95% CI, -0.498 to -0.172). These findings have been replicated in numerous additional studies and indicate that treatment of acne, whether topical or systemic, is effective in reducing mental health burden in patients.

With clinical improvement in acne, patients’ mental health improves and the social and economic burden of the disease is reduced.

Lori Zhang is a medical student with a passion for skin conditions, their treatment, and their psychological impact on affected individuals.

Statements or opinions expressed in this article reflect the views of the authors and do not necessarily represent the official policy of WADA, the MJA Where Preview+ unless otherwise stated.

Subscribe for free Preview+ weekly newsletter here. It is accessible to all readers, not just licensed physicians.

If you would like to submit an article for consideration, send a Word version to [email protected]

Previous What is Isolaz Acne Treatment?
Next 6 Ayurvedic Ways to Treat Acne 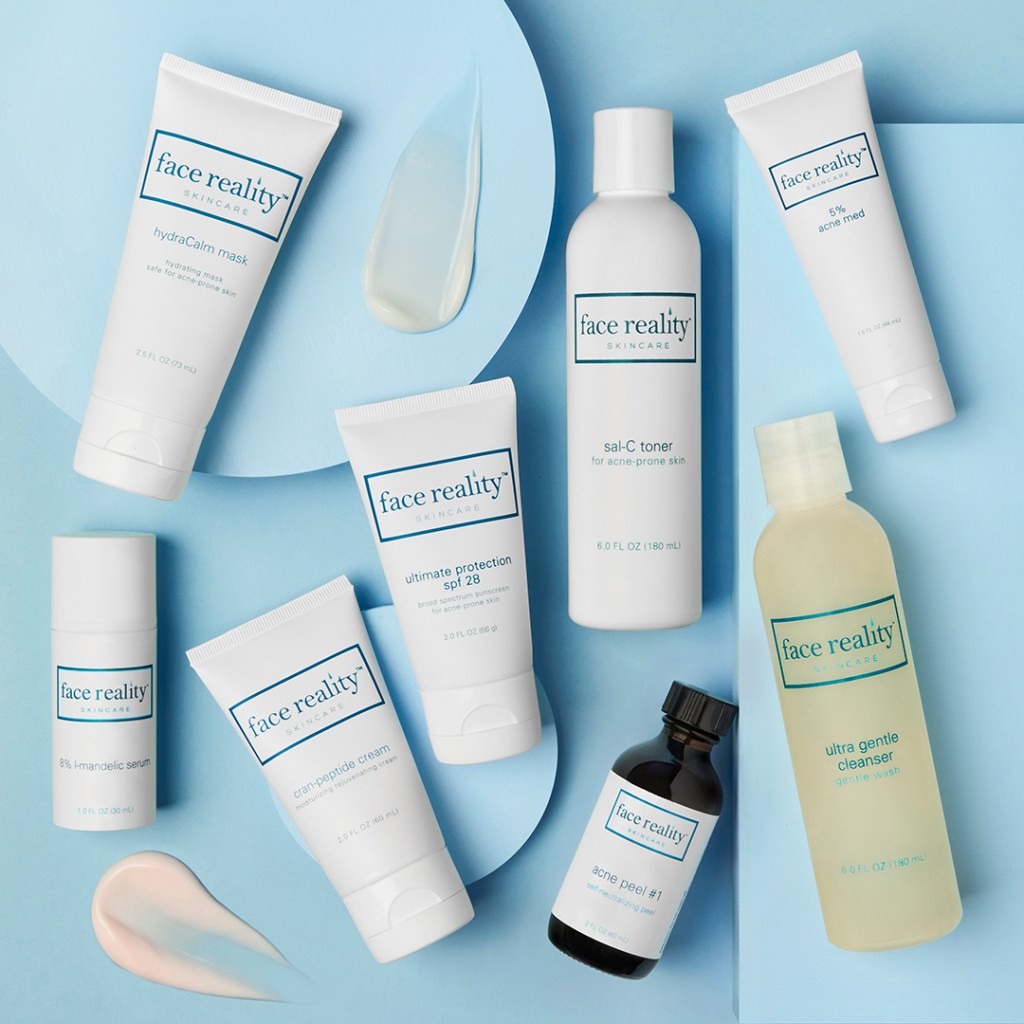