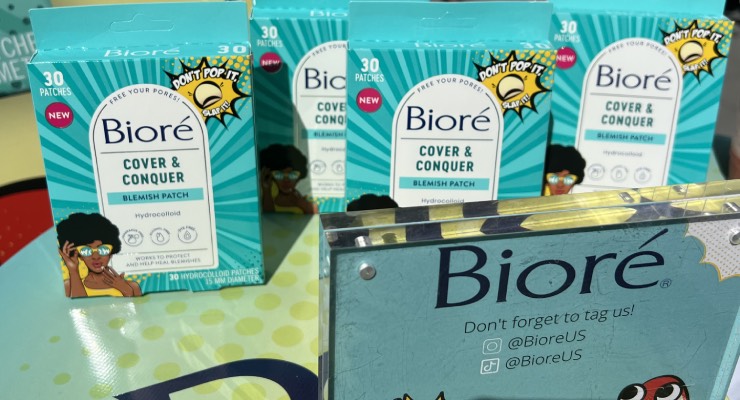 BOSTON — About half of patients with long-standing vitiligo achieved significant repigmentation that persisted for at least a year with the topical Janus kinase (JAK) inhibitor ruxolitinib (Opzelura), two randomized trials have shown.

The most common treatment-related adverse events with ruxolitinib were application site acne and pruritus, reported David Rosmarin, MD, of Tufts Medical Center in Boston, at the American Academy of Dermatology meeting. (ADA) here.

Also at the AAD, preliminary data from a trial of ritlecitinib, an oral JAK inhibitor, presented by Yuji Yamaguchi, MD, PhD, of Pfizer, provided evidence that the drug halted the progression of vitiligo lesions. active and induces repigmentation in stable lesions, with consistent results for up to 48 weeks for all Fitzpatrick skin types.

Rosmarin previously reported the primary outcome of the TRuE-V1 and TRuE-V2 trials, which showed that ruxolitinib cream 1.5% BID significantly increased the F-VASI75 response rate at 24 weeks compared to vehicle. The updated report included ruxolitinib-treated patients who continued on the JAK inhibitor through week 52, as well as placebo-treated patients who crossed over to ruxolitinib after completing the 24-week randomized trial.

The two trials included a combined total of 674 patients aged 12 years and older with nonsegmental vitiligo. They were randomized 2:1 to receive topical ruxolitinib or vehicle, and the primary outcomes were F-VASI75, F-VASI50, F-VASI90, T-VASI50, and an assessment of the Vitiligo Notability Scale ( VNS) from “much less noticeable” or “more noticeable.”

Ritlecitinib, an oral JAK3/TEC inhibitor, significantly improved F-VASI scores at 24 weeks in a randomized, placebo-controlled Phase IIb trial involving patients with active nonsegmental vitiligo. A new analysis focused on the drug’s effectiveness in active versus stable lesions, as Yamaguchi reported in a poster presentation at AAD.

The analysis included 364 patients randomized to receive placebo or one of five ritlecitinib dosage groups: 10 mg, 30 mg, 50 mg and 50 mg with loading doses of 200 mg or 100 mg. The results showed that the 50 mg dose (with or without a loading dose) and the 30 mg dose significantly reduced depigmentation compared to placebo in active lesions (P=0.0096 to P=0.0090).

In stable lesions, statistically significant repigmentation occurred with all doses of ritlecitinib except the 10 mg dose, whereas placebo was not associated with any change in lesion status (P=0.0016 to P=0.0090).

At the end of the 24-week dosing period, Fitzpatrick I-III patients treated with 50 mg ritlecitinib showed a 15.2% reduction in F-VASI compared to placebo (P=0.0043), and patients treated with the lower doses had a 5.5% reduction (P=0.1991). Patients with Fitzpatrick IV-VI showed 37.4% improvement and 15.7% improvement with ritlecitinib compared to placebo (PP

After an extension period of 24 weeks, patients treated continuously with ritlecitinib showed an improvement in F-VASI of 51-63% compared to placebo for patients with Fitzpatrick I-III and differences of 51-68 % for Fitzpatrick IV-VI.

“Continued repigmentation with no efficacy plateau was observed at week 48 in Fitzpatrick I-III and IV-VI skin types,” Yamaguchi said.

The ruxolitinib study was supported by Incyte.

The ritlecitinib studies were supported by Pfizer.

Previous Is it better to exfoliate before or after shaving?
Next Shoppers Love Eminence Organics Hyaluronic Serum